just is a handy way to save and run project-specific commands.

This readme is also available as a book.

Commands, called recipes, are stored in a file called justfile with syntax inspired by make: 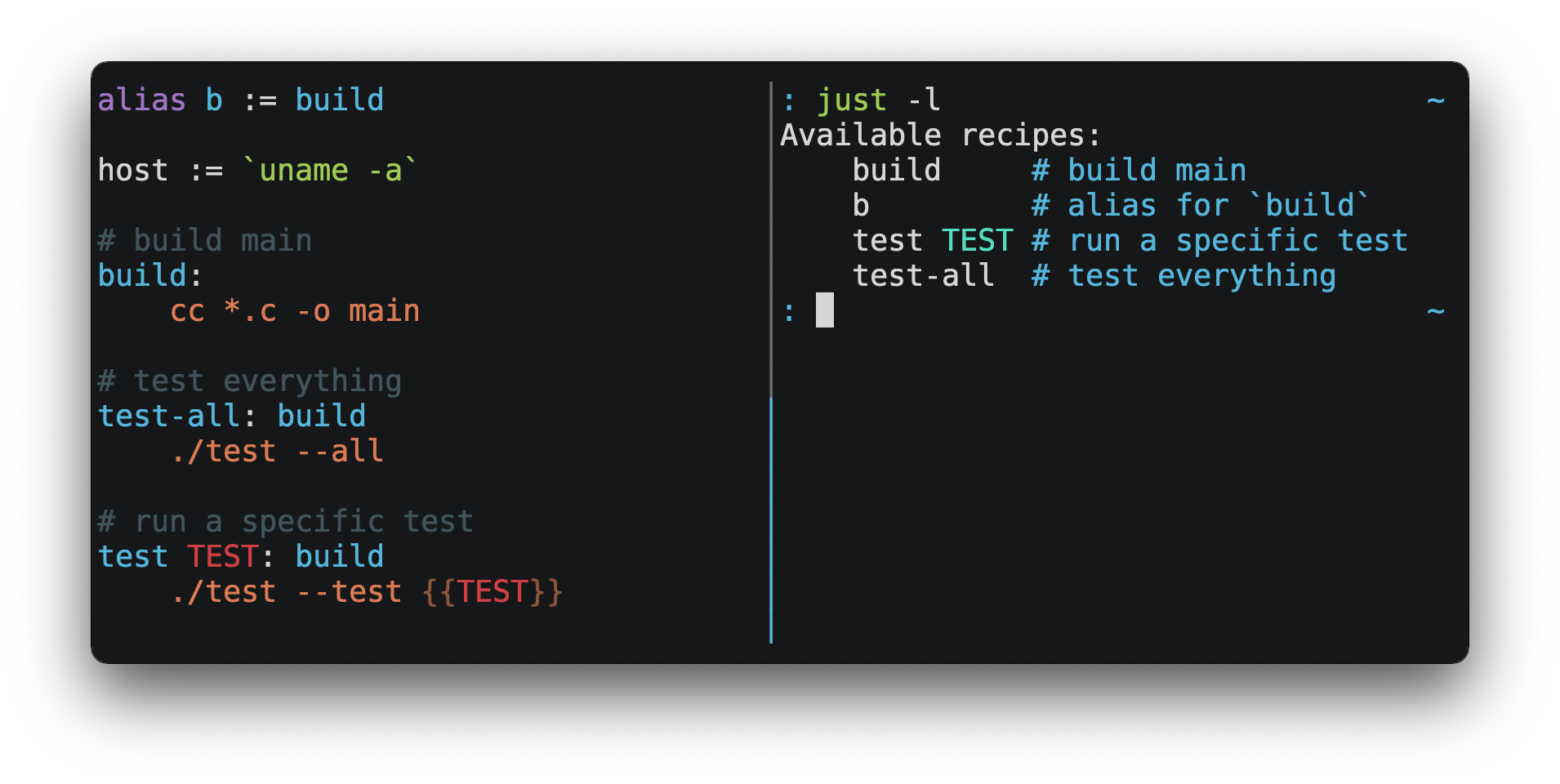 You can then run them with just RECIPE:

just has a ton of useful features, and many improvements over make:

If you need help with just please feel free to open an issue or ping me on Discord. Feature requests and bug reports are always welcome!